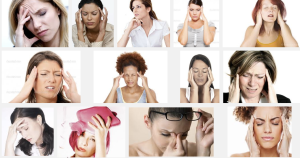 Among the lies women have to tell in order to save themselves from harm, saying “I have a headache” as a way to decline a man’s sexual advances just became even more suspect. This month, a study was published which showed that, of a group of migraine sufferers who had “sex” during an episode, about sixty percent experienced pain relief. For a third, the pain worsened. But that doesn’t stop the ‘no more excuses, ladies!’ headlines about the report.

END_OF_DOCUMENT_TOKEN_TO_BE_REPLACED 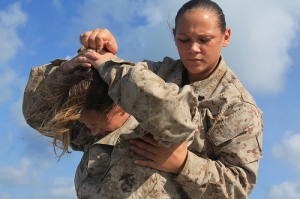 Last week, when the U.S. Secretary of Defense lifted the nominal ban on women serving in military combat roles, many were quick to applaud the breaking of the “brass ceiling”. Since women have been serving in combat already for some time, this is essentially just recognizing that fact, which is fine. But this is only a victory when ‘equality’ is the end game. Call me crazy, but opening up more ways in which women can join the noble cause of Western imperialism isn’t a feel-good-fuck-yeah-gurrrl moment.

END_OF_DOCUMENT_TOKEN_TO_BE_REPLACED

Last week, the Kansas-based organization Operation Rescue posted papers from an abortion clinic on their website. The documents were not official patient records, but included names, ages, phone numbers, photocopies of driver’s licenses, sonograms, and other personal identifying information for 86 women and girls who received care in the month of April. While the group was nice enough to redact the names before publishing the documents for all to see, Operation Rescue is still in possession of that information – stolen information, of course.

END_OF_DOCUMENT_TOKEN_TO_BE_REPLACED 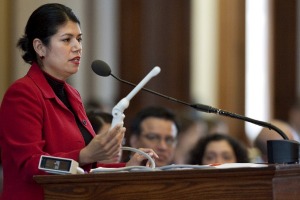 Lately, legislation across the United States has been rife with various attacks on anything that gives women even a modicum of control over their bodies. President Obama caved on his administration’s mandate for contraceptive insurance coverage (and no women were allowed on a congressional panel on the matter), Illinois saw two anti-abortion bills pass, Utah is considering imposing a 3-day waiting period before abortions, and three states (Iowa, Texas, Virginia) have proposed (or have already passed) forcing women to have ultrasounds before they can obtain an abortion. In the last week, women everywhere began to realize just how much Republican men hate them when the news Virginia’s ultrasound bill made mainstream headlines. The word “trans-vaginal” had never seen such a limelight before this week.

In response to such “small government” conservative measures, a handful of  female lawmakers have realized something recently too — how to wield satire against this crap.

END_OF_DOCUMENT_TOKEN_TO_BE_REPLACED 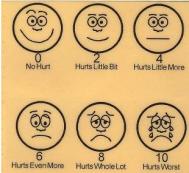 The title of a recent New York Times blog post reads “In Reporting Pain, Women the More Sensitive Sex”. The article discusses the results of a Stanford University study that were published this week, comparing women’s and men’s reports of pain for identical medical ailments. What is mysteriously absent from the article in all of its hand wringing about women reporting “more pain” is a very obvious answer for the discrepancy: men simply underreport pain.

END_OF_DOCUMENT_TOKEN_TO_BE_REPLACED

The following article is satire, not reality. Mostly.

Thursday night in downtown San Francisco, a fundraiser was held to raise bail money for James Hackett, a prominent local feminist activist. Hackett is being held on sexual battery charges, after one of his students alleged he groped her at an event on campus. Hackett faced similar accusations in the 1990s, but the woman did not want to press charges.

Organizing the fundraiser were Hackett’s colleagues, friends, and members of Sluts for Justice, a pro-slut legal group that fights for all things law- and slut-related. END_OF_DOCUMENT_TOKEN_TO_BE_REPLACED 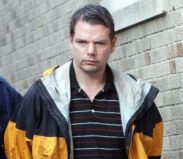 On the list of harmful crap men get away with or believe they can get away with, “looking at child pornography on an airplane” is a newer one. Grant Smith, a Utah professor, was caught looking at the images in-flight by, of course, the passengers who were sitting around him. Former prosecutor Wendy Murphy told a CNN affiliate, “The notion that someone would be so bold as to view it in public is extraordinary, and I’m not sure what the explanation is.” Well, then. Let’s see why “someone” might do such a brazen thing. END_OF_DOCUMENT_TOKEN_TO_BE_REPLACED

This is an action alert regarding the Occupy Wall Street movement and its persistent silencing of female and feminist voices. The movement doesn’t seem to be fading any time soon. Help radical feminism infiltrate the occupation.

What You Can Do Online END_OF_DOCUMENT_TOKEN_TO_BE_REPLACED 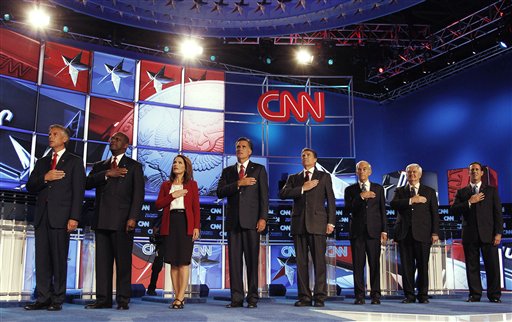 HPV vaccines have been a big political topic this week in the U.S. It all started at a Republican presidential debate when Michele Bachmann criticized Rick Perry’s executive order which mandated Gardasil for girls in Texas. Refreshingly, the framing of the issue was of pharmaceutical companies buying politicians, rather than the regular conservative line about how the vaccine makes girls turn slutty. This debate dust-up gained more ground when Bachmann began telling news outlets about a post-debate encounter with a woman who said her daughter was harmed by the vaccine. Because women have no credibility, and this story includes three females claiming harm, you can probably guess where this goes next. END_OF_DOCUMENT_TOKEN_TO_BE_REPLACED 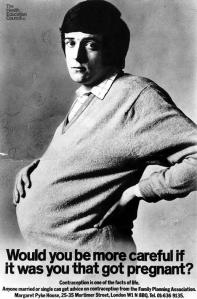 Much has been written with feverish anticipation of the possibility of contraception for males. Indeed, it’s been pondered since at least the late 1960s. Recently, an international trial for such a drug has been called off because of the “serious side effects” experienced by 10 percent of the male participants. These “serious side effects” were depression, weight gain, increased libido, and acne. Quelle horreur! END_OF_DOCUMENT_TOKEN_TO_BE_REPLACED 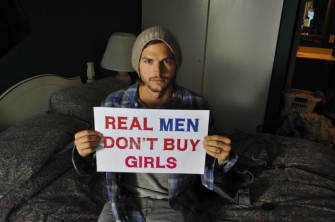 I recently found out about the Real Men Don’t Buy Girls campaign from this Newsweek article about a new study of users of pornography and buyers of prostitutes. The campaign was started by Demi Moore and Ashton Kutcher and it involves a number of videos featuring male celebrities promoting the anti-child-trafficking message. As I was watching the videos, it seemed almost every man featured had done something notably anti-woman that I could recall off the top of my head. While they may support anti-trafficking efforts, many of these guys don’t seem on board with my Men Shouldn’t Be Awful Jackasses campaign. END_OF_DOCUMENT_TOKEN_TO_BE_REPLACED

A major German insurance firm was recently revealed to have paid for an “incentive trip” for its best businessmen. Forget generous cash bonuses. As their reward, the 100 men were simply given free sexual reign over 20 women who were hired as prostitutes for the weekend. END_OF_DOCUMENT_TOKEN_TO_BE_REPLACED

For anyone living in the U.S., you’ve almost surely heard of the situation that New York Rep. Anthony Weiner has gotten himself (and several women) into. END_OF_DOCUMENT_TOKEN_TO_BE_REPLACED 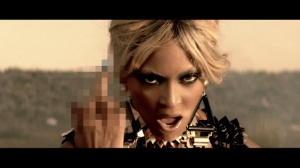 Beyoncé’s video “Run the World (Girls)” premiered the other day, and it is a veritable fun-fem-a-palooza.